The Accidental Beauty Queen by Teri Wilson is a fun novel new to our circulation.  Let’s meet the twins Ginny and Charlotte. These girls couldn’t be more opposite.  Charlotte is a shy librarian and Ginny is outgoing competing in beauty pageants. Charlotte decides to take a vacation to see her sister compete in an upcoming beauty pageant. Unfortunately, Ginny comes down with hives at the last minute and Charlotte is forced to take Ginny’s place in the competition.

Lies and Letters by Ashtyn Newbold is new to our circulation.  Charlotte and Clara were raised by their mother to be ruthless and go after men of wealth and title.

Africaville by Jeffrey Colvin is a moving novel that chronicles the lives of three generations of the Sebolt family.  It tells the story of the black experience in parts of Canada and the United States.

Every Last Lie by Mary Kubica is a thriller new to our collection.  A widow pursues the truth about her husband and daughter’s death in a car crash.

Here and Now by Santa Montefiore is a new novel about family and the power of memory.

Never by Ken Follett is an action-packed thriller filled with international tension. 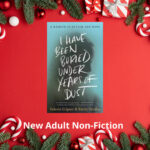 I Have Been Buried Under Years of Dust by Valerie Gilpeer and Emily Grodin is a memoir of autism and hope.  A remarkable memoir by a mother and her autistic daughter who’d long been unable to communicate – until a miraculous breakthrough revealed a young woman with a rich and creative interior life, a poet, who’d been trapped inside for more than two decades. 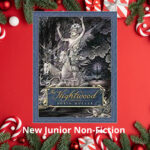 The Nightwood by Robin Muller is based on a Celtic folktale.  It tells the story of the young daughter of the Earl of March who is enticed into the nearby wood by the haunting strains of Elfin music.

Catalogue and Events details are available at the Library website:  www.lacdubonnetlibrary.ca.